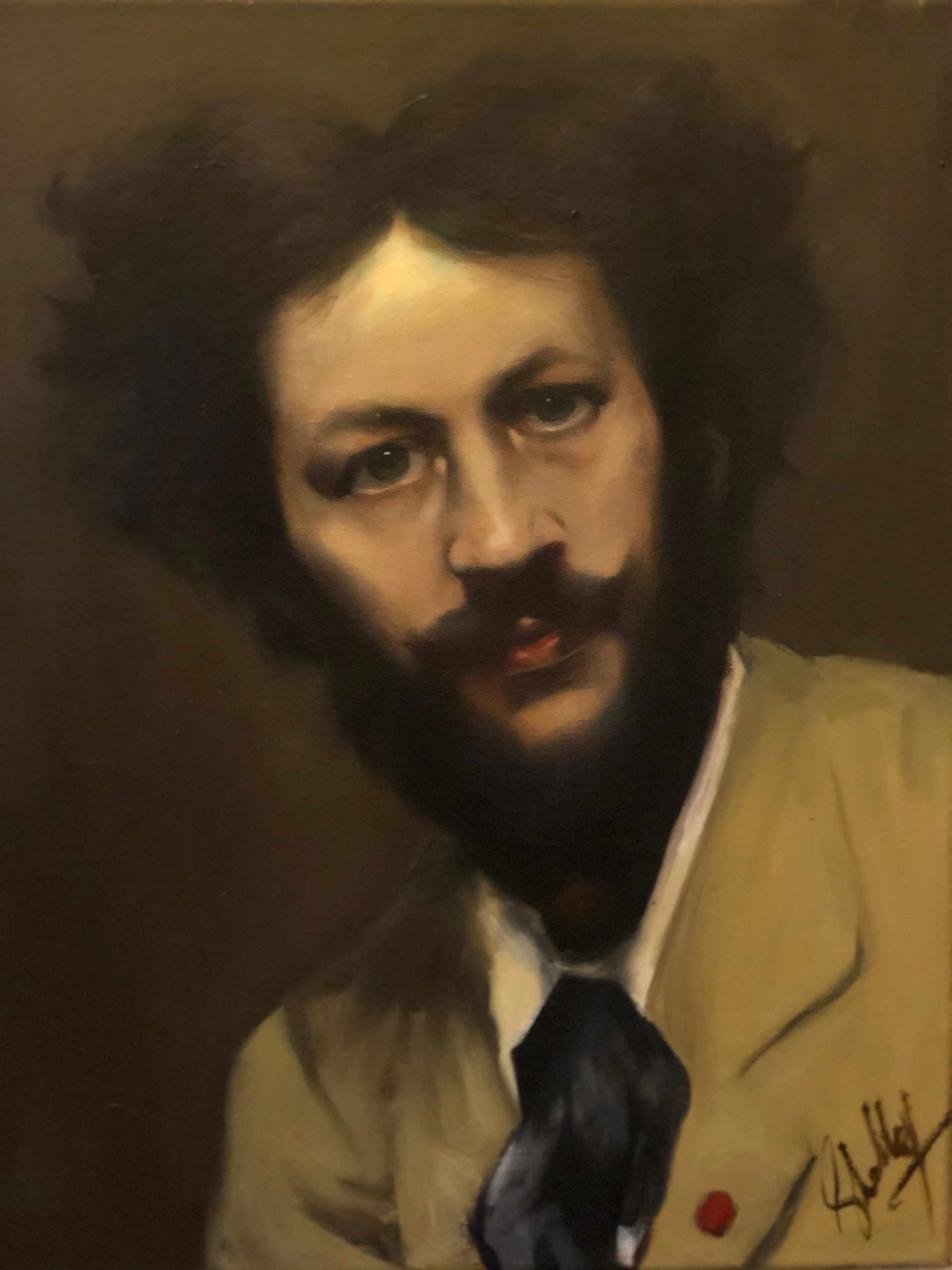 Master copying has a long tradition in classical art education. I teach oil painting, and as part of my curriculum, I have my students copy a masterwork. This gives them the opportunity to really immerse themselves in the techniques of one highly accomplished artist. By examining a painting in this much detail, the student gets to experience a taste of creating something amazing. This Imitation gives them the confidence to accomplish the second part of this assignment: Emulation. In this piece they create their own original artwork using the techniques and style they just learned. This application of principals is a time-honored method of teaching which became unfashionable for many years, and is now enjoying a renaissance in the Atelier style of teaching.

This master copy hangs in my studio now, reminding me of the lessons I’ve learned by copying masterworks like this one. It’s as if Carolus-Duran (and Sargent) are staring down at me, saying things like, “State the masses!”, “If it doesn’t work, scape it back!”, and “Squint!”

John Singer Sargent and his teacher

Charles-Émile-Auguste Durand (1837–1917), known as Carolus-Duran, was a celebrated figure in the world of Parisian art and theater. Known for his elegant society portraits, he was also highly influential as a teacher. Sargent entered Duran’s studio in 1874 and became his star pupil. Duran’s approach was radical: he encouraged his students to draw and paint simultaneously, using a loaded brush. In this stylish portrait, which received an award when it was shown at the Paris Salon in 1879, Sargent pays homage to his teacher by embracing his fluid technique. The affectionate dedication to Duran, inscribed in French at the upper right, announces Sargent’s artistic pedigree but also caused some contemporary viewers to remark that the student had surpassed the master.