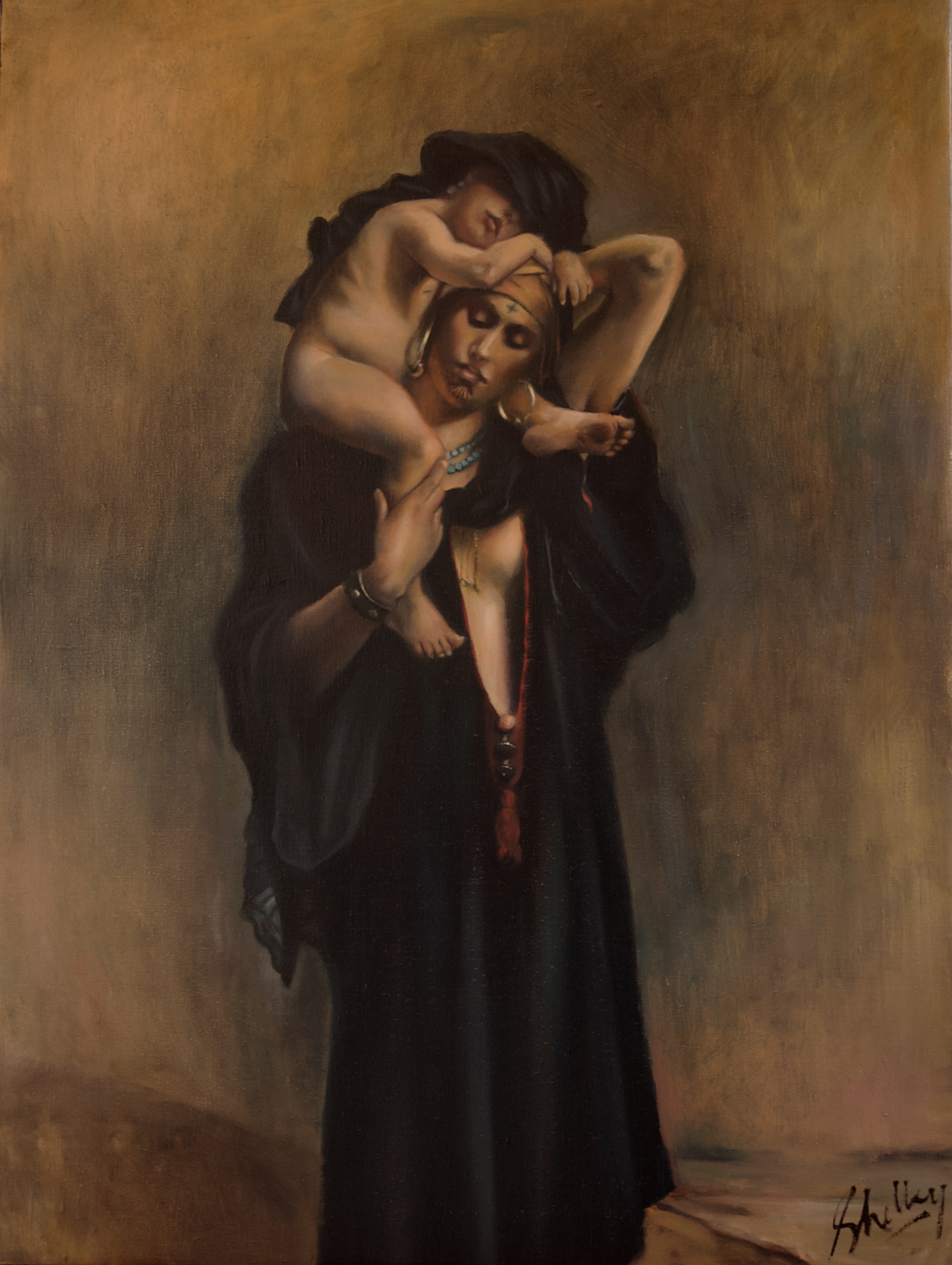 Master copying has a long tradition in classical art education. I teach oil painting, and as part of my curriculum, I have my students copy a masterwork. This gives them the opportunity to really immerse themselves in the techniques of one highly accomplished artist. By examining a painting in this much detail, the student gets to experience a taste of creating something amazing. This Imitation gives them the confidence to accomplish the second part of this assignment: Emulation. In this piece they create their own original artwork using the techniques and style they just learned. This application of principals is a time-honored method of teaching which became unfashionable for many years, and is now enjoying a renaissance in the Atelier style of teaching.

Léon Joseph Florentin Bonnat (20 June 1833 – 8 September 1922) was a French painter, Grand Officer of the Légion d’honneur and professor at the Ecole des Beaux Arts. Bonnat is said to have studied this peasant woman and child from life while he was in Egypt for the opening ceremony of the Suez Canal in 1869. The painting was praised at the Paris Salon the following year and again when it was first exhibited in New York in 1876. When Catharine Lorillard Wolfe bequeathed the picture to the Metropolitan it was deemed “a true and vital portrait of two clearly realized individuals [with] a wonderful dignity, sobriety, strength, and beauty.”

There is a full-length oil study for this painting in the Musée Bonnat, Bayonne.