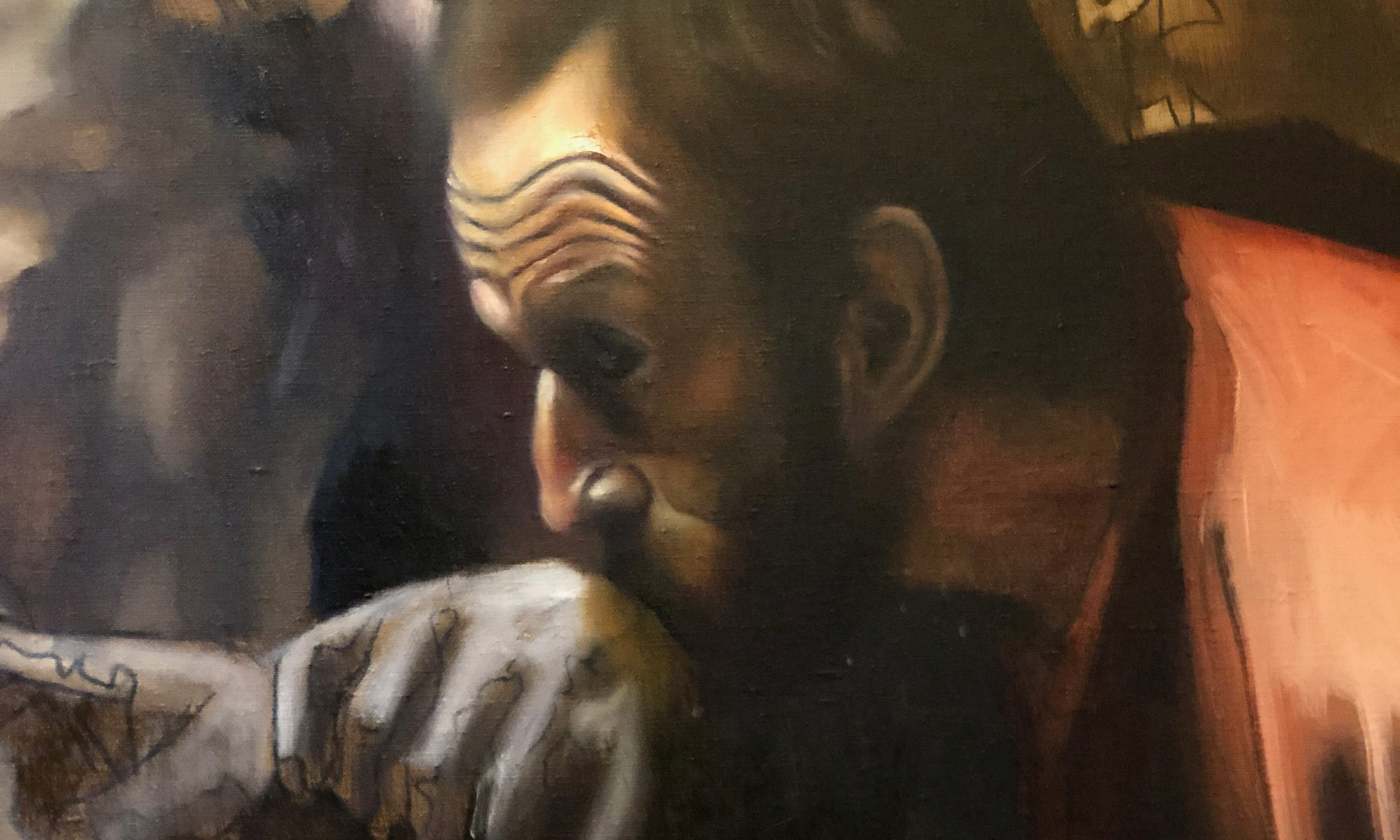 I started this demo piece when I was teaching Oil Painting a couple of years back. I’d love to finish it one day! For now it hangs in our downstairs bathroom where I wash my brushes, and has lots of reminders in it about technique.

It is housed in the Sanssouci Picture Gallery, Potsdam, Germany. In this painting, Caravaggio depicts Thomas the Apostle’s doubting of Jesus’ resurrection as told in the Gospel of John, with Thomas looking at—and feeling—Jesus’ wounds.

This particular scene has been popularly recreated in art since the 6th century through a traditional stretching on to Caravaggio; it has since become symbolic of the conflict between Protestant and Catholic art as both traditions hold differing views of its value in teaching blind faith.

Both Rembrandt and Rubens also painted this particular episode in the 17th century. As with many of Caravaggio’s paintings, The Incredulity of Saint Thomas is swamped in theatrical darkness, bringing to life the central figures of Jesus and his apostles as if lit upon a stage. The absence of the usual halo around Jesus’ head is meant to emphasise the corporeal nature of Christ on earth. This painting has, unlike some of Caravaggio’s works, survived the Second World War when held in the Prussian royal collection.

The two paintings have since become a major tourist attraction. However, because of Caravaggio realism in painting heavenly themes, his paintings created a sensation in Rome as both dramatic and divisive. Caravaggio’s chiaroscuro technique was polarising to contemporary Catholic critics with some considering it vulgar.

Religious paintings had up to this point mostly been drawn from idealised imaginings of biblical and Godly themes. By contrast, Caravaggio used life models to render his work realistic, drawing the heavens down to earth and into nature.

Given the originality of this approach, Caravaggio was an instant success on the art scene; he went on to secure numerous high-profile and prestigious commissions for other religious works. However, Caravaggio was not without his own personal controversy; he was known to drink, to fight and brawl, eventually fleeing Rome for Naples in 1606 after murdering a young man, Ranuccio Tomassoni. “ 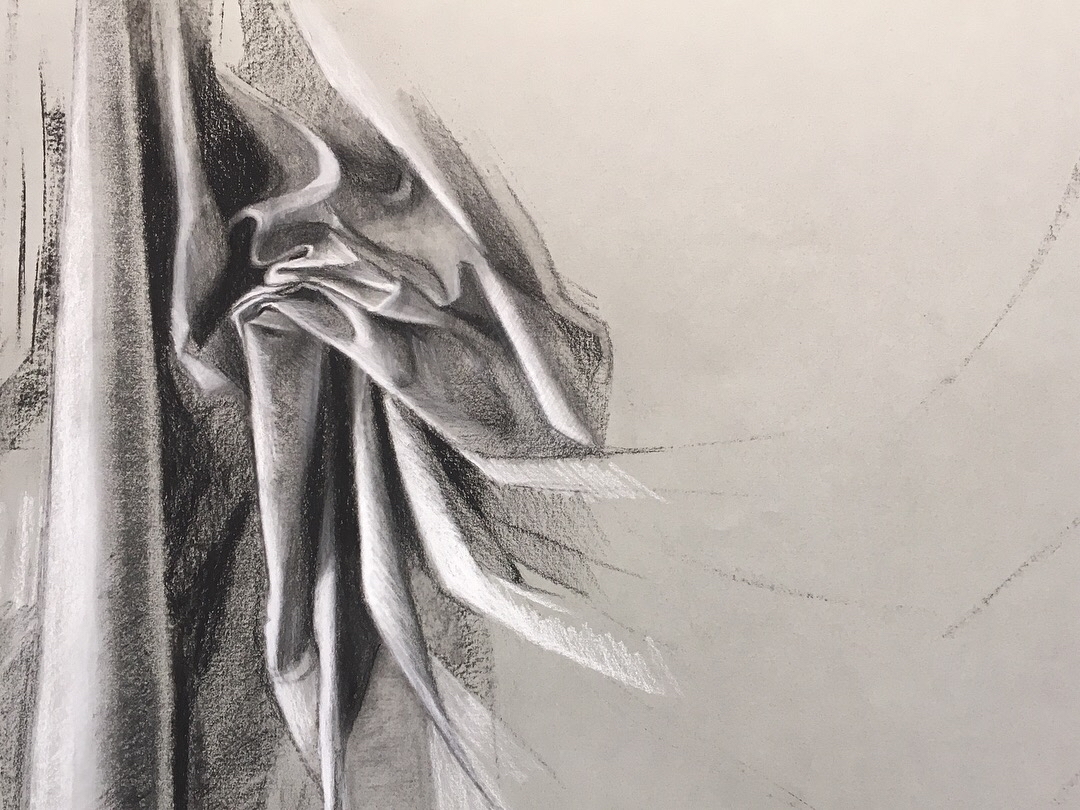 When I teach drawing classes, I try to find a balance between formal, academic drawing and experimental markmaking which allows the student to express themselves more freely. I find studies like this to be incredibly valuable. The level of complexity requires an ability to see past details and break down the subject into simple shapes.

“All good work is from the general to the particular, from the mass to the detail. Keep that in mind as a fundamental principal of all good work, whatever the kind.”

This type of work also trains the student to work with focus for extended periods of time. It requires commitment, and a strong work ethic. 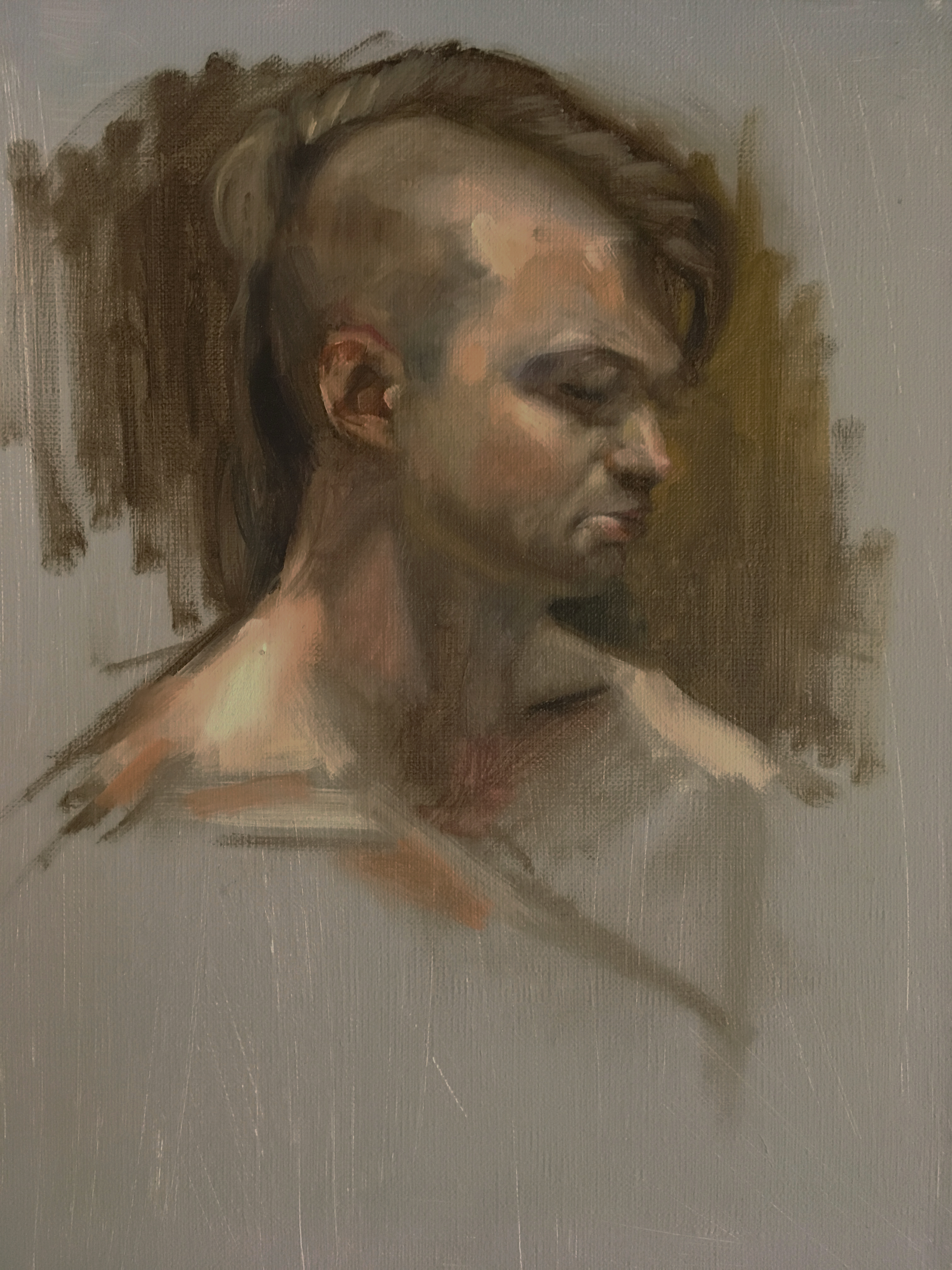 In 2018, I was privileged to study figure painting with Juliette Aristedes at Scottsdale School of Art.

This study is one of the exercises we did from the model in class. 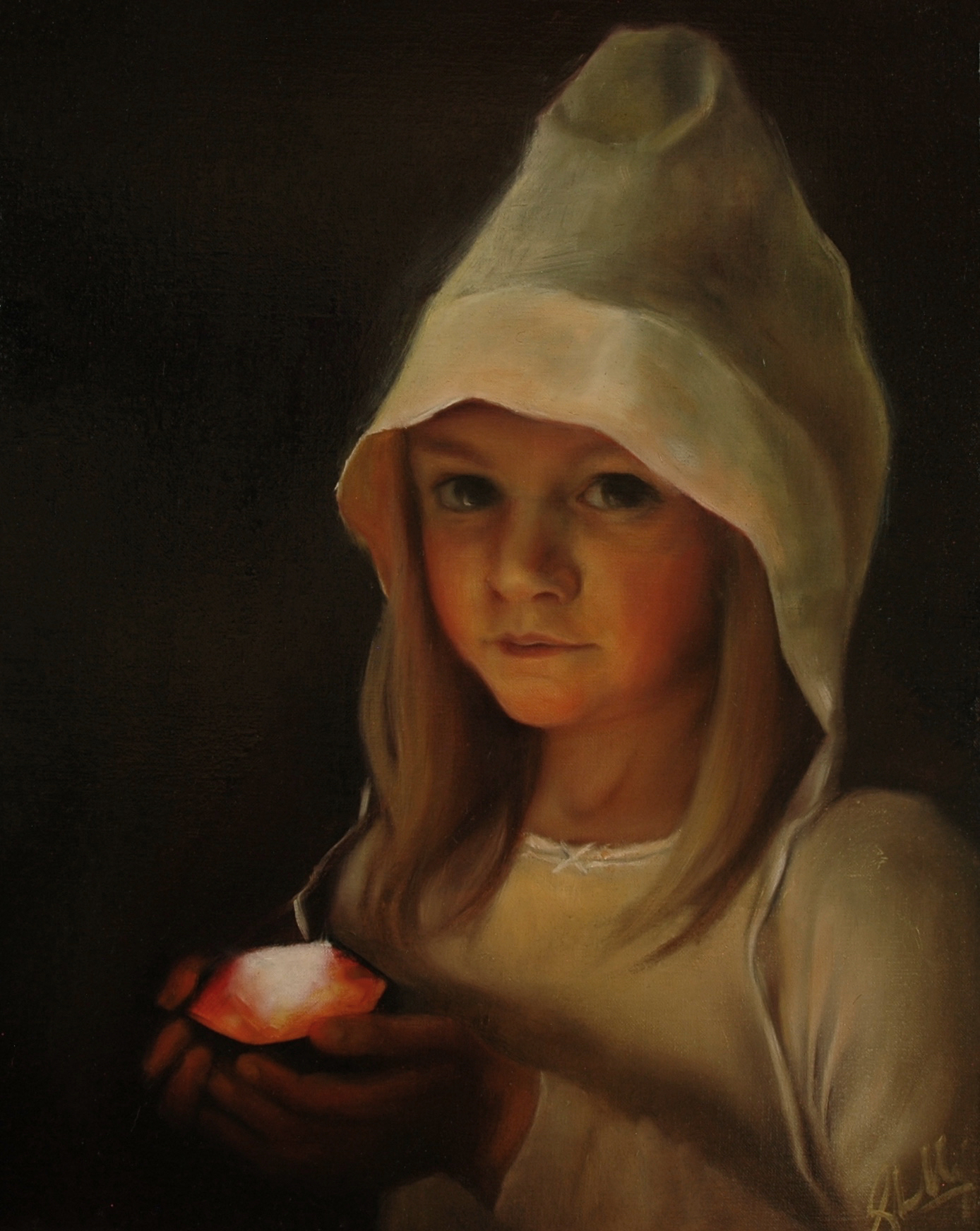 After making a Master Copy – imitation – the next step for my students is to apply the skills they have learned by copying, by making a painting of their own design in the style of the master – emulation. This exercise has a long tradition in art education, and was a crucial step for apprentices in the Renaissance.

This portrait of my daughter reflects the influence of Léon Joseph Florentin Bonnat, whose masterwork ‘An Egyptian Peasant Woman and Her Child ‘ (1869–1870) I copied as a demonstration piece for my Oil Painting class in the Fall of 2017.