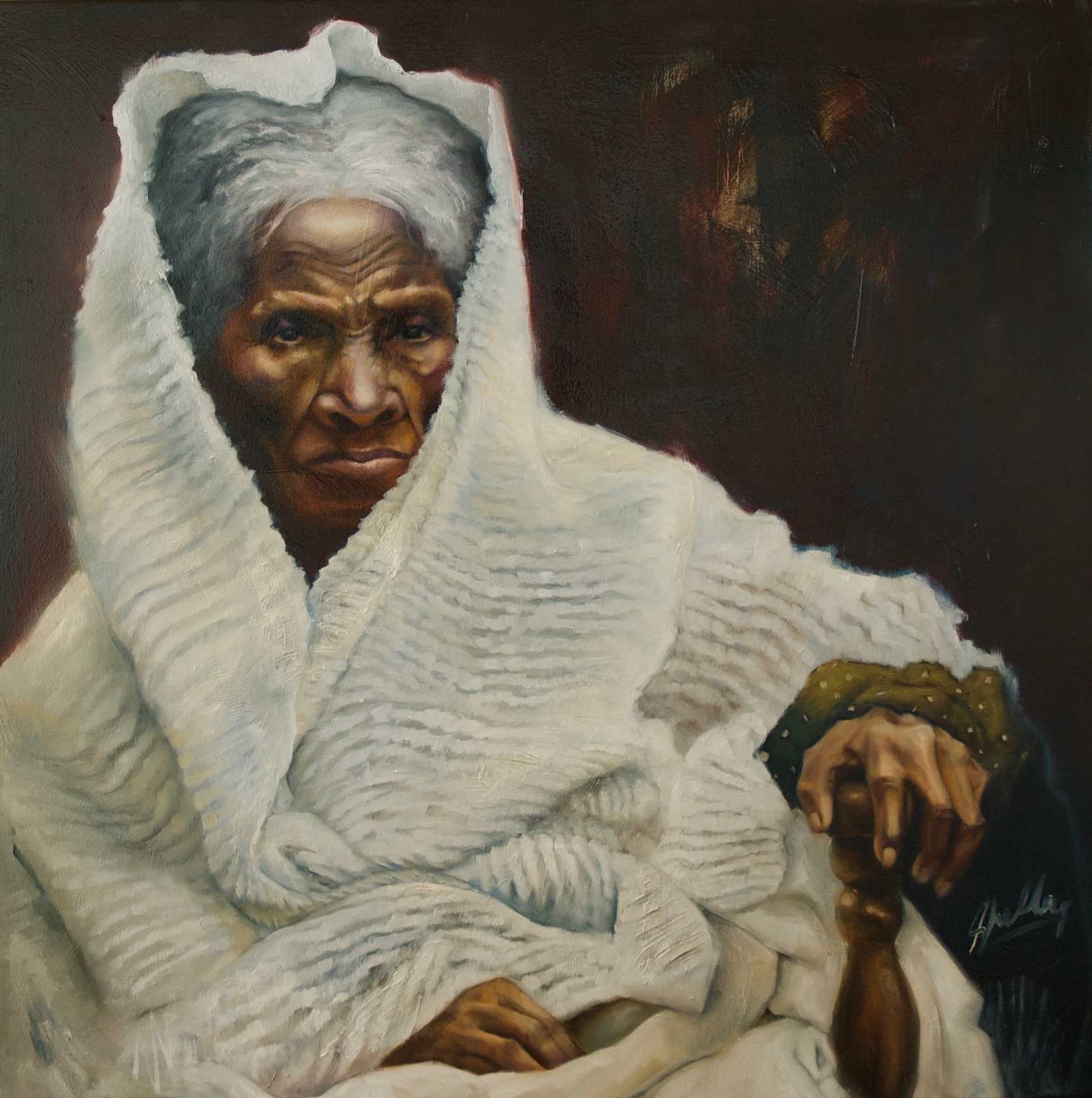 This larger-than-life portrait of Harriet Tubman is painted in oils on canvas, gallery wrapped on a 1.5″ heavy-duty frame. The textures underneath the paint lend the portrait a symbolic quality only visible on close inspection. From a distance, the image seems flawless, unscarred. The closer you get, more dimension becomes evident, reflecting the tumultuous life of this heroic woman.

“Born into slavery in Maryland, Harriet Tubman (c. 1820 to March 10, 1913) escaped to freedom in the North in 1849 to become the most famous “conductor” on the Underground Railroad. Tubman risked her life to lead hundreds of family members and other slaves from the plantation system to freedom on this elaborate secret network of safe houses. A leading abolitionist before the American Civil War, Tubman also helped the Union Army during the war, working as a spy among other roles.

After the Civil War ended, Tubman dedicated her life to helping impoverished former slaves and the elderly. In honor of her life and by popular demand, in 2016, the U.S. Treasury Department announced that Harriet Tubman will replace Andrew Jackson on the center of a new $20 bill.”

8% of the profits from the sale of this painting will go our local Tahoe Women’s Center, Live Violence Free.