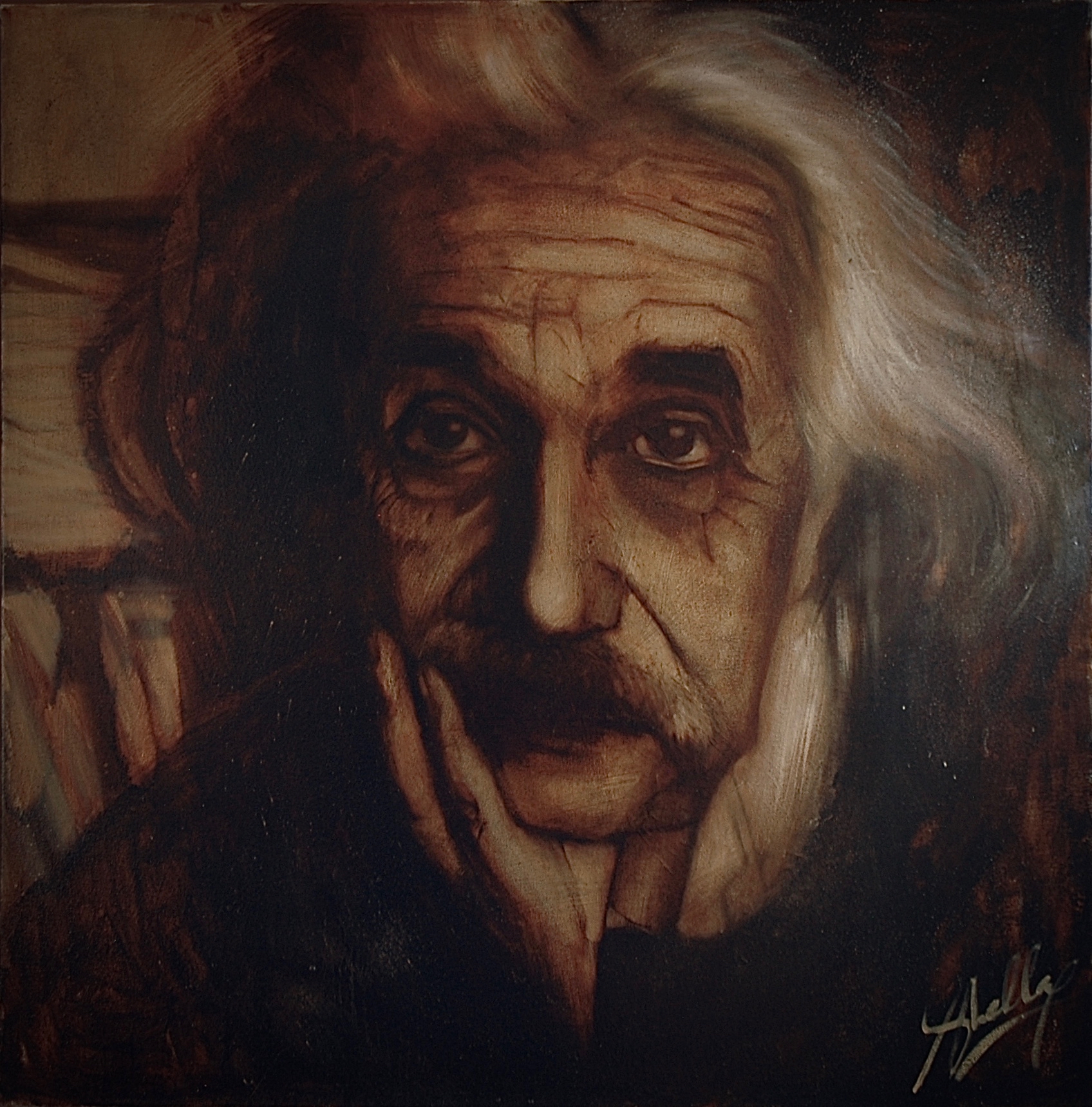 Since the 2017 Presidential Election, I have felt compelled to contribute in some way to the growing voice of protest. We are in the midst of a great societal and global paradigm shift, and I feel that the role of artists is to use this negative energy as a catalyst for creativity. The tremendous upsurge in artistic expression related to current events has been something of a consolation for me, amid the chaos and trauma brought to us by news agencies and social media at a dizzying pace since January.

The helplessness and shock I experienced after the election triggered a cycle of creativity I haven’t experienced since I was a student. I picked up an old canvas, and started to paint with no clear intention, just an energy. Two hours later, a larger than life Albert Einstein was looking down at me, his eyes expressing a knowing sadness and concern.  In an age of ‘Alternative facts’, and denial of science, I felt it was important to honor the individuals without whom our society would look very different – such as humanitarians, scientists, suffragettes, and civil rights campaigners.

I knew then that I needed to gather together a community of artists to speak out with the skills that we have, to contribute in the only way we know how. We called ourselves the Tahoe Activist Artists, and began to meet every month to discuss how we were processing our responses to current events.  We wanted our art to contribute to a wider circle of compassion, instead of feeding the divisiveness that is tearing apart our society, both here in the US, and abroad. A decision was made: In order to connect with the wider world and our community, we needed to organize a public event. “We the People: Tahoe Artists Visualize a World of Conversation and Connection” was our first project, and was held at the Tahoe Mountain Lab in South Lake Tahoe on September 9th 2017.

Albert Einstein (14 March 1879 – 18 April 1955) was a German-born theoretical physicist who developed the theory of relativity, one of the two pillars of modern physics (alongside quantum mechanics). His work is also known for its influence on the philosophy of science. He is best known by the general public for his mass–energy equivalence formula E = mc2 (which has been dubbed “the world’s most famous equation”). He received the 1921 Nobel Prize in Physics “for his services to theoretical physics, and especially for his discovery of the law of the photoelectric effect”, a pivotal step in the evolution of quantum theory.

Einstein was also a pacifist and civil rights activist later in life. The International Rescue Committee was founded at the call of physicist, humanitarian — and refugee — Albert Einstein. 10% of the sale of this painting was donated to the IRC to help refugees. Read more about Einstein’s connection to the IRC here.